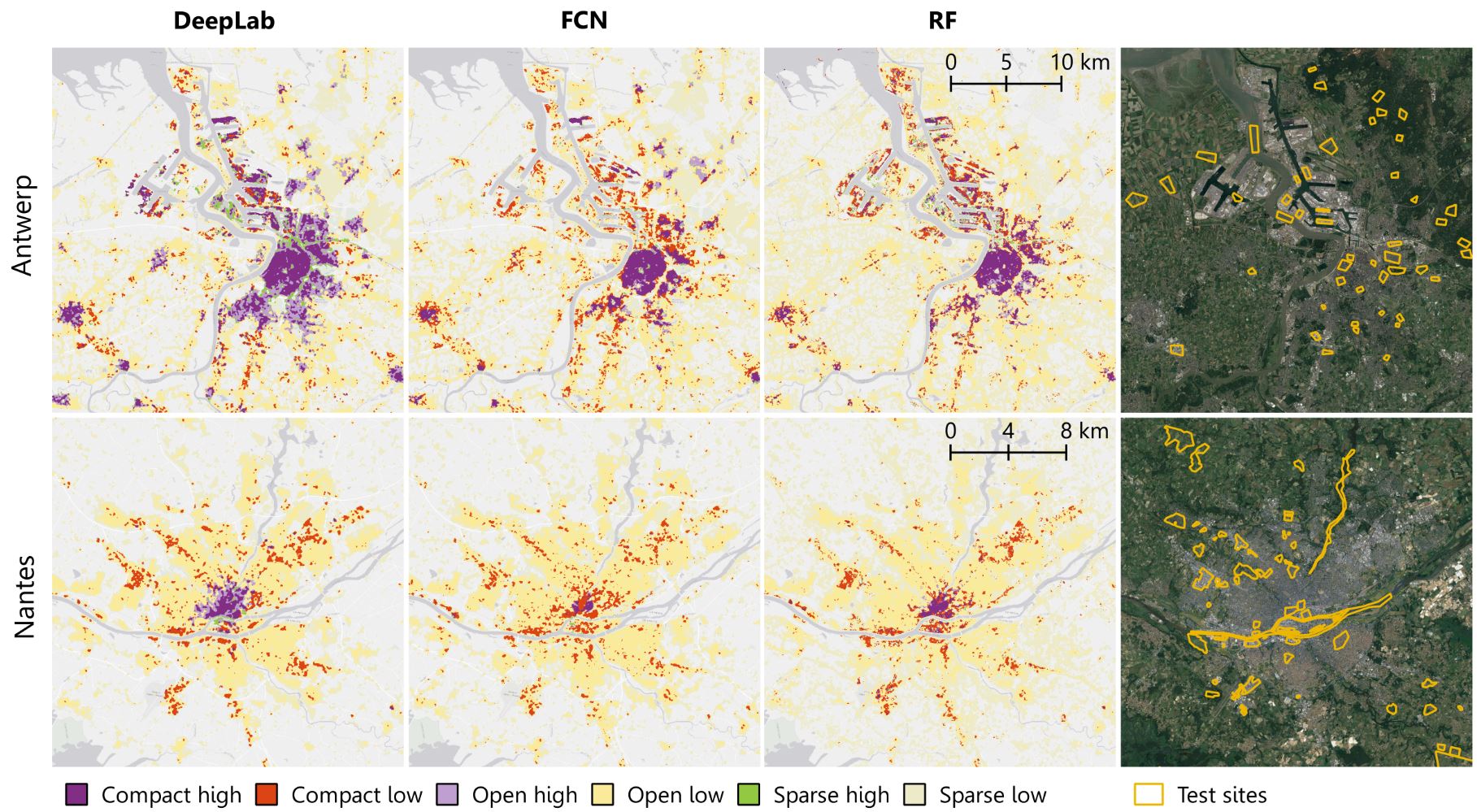 Urban land cover grows at the fastest rate amongst all kinds of land cover globally. Not only does urban expansion influence the environment by competing with other land covers, but the fabric and form of the urban realm also shape people’s daily experiences and mental well-being: perceived temperature, air quality, commercial and recreational activities, and landscapes and spaces, which provide a sense of belonging, stress or stress-relief.

Geoinformation of urban form – i.e. the size, density, height of the built environment – is essential to evidence-based policies for sustainable development. However, monitoring three-dimensional morphology with remote sensing technology has been challenging, as the major civilian satellite time series, Landsat, has been settled with 30 m spatial resolution, which is larger than many urban objects. Unfortunately, widely used scene recognition techniques such as convolutional neural networks (CNNs) tend to sacrifice the spatial resolution from the input data (e.g., 30m Landsat inputs become 100m urban form maps) during pooling and convolution computing. The study in collaboration with German Aerospace Center (DLR) provides a semantic segmentation framework that could save the resolution loss, which is ’unaffordable’ for Landsat-based urban mapping. The authors compare three popular and emerging methods, DeepLab, fully convolutional networks, and random forest.

Here is the highlight:

Use time-series Landsat from 1985 to 2018, this study reveals different strategies to feed the growing population: while Aarhus (second largest city) has been densifying horizontally, the Copenhagen suburbs have been growing up. Therefore, we expect that capital accumulation will continue to diverge between the danish capital and other medium and small cities.

More details about the proposed framework and assessments are available from the preprint.

Any cookies that may not be particularly necessary for the website to function and is used specifically to collect user personal data via analytics, ads, other embedded contents are termed as non-necessary cookies. It is mandatory to procure user consent prior to running these cookies on your website.